The balsa tree is a genus of flowering plants in the mallow family, Malvaceae, containing the sole species Ochroma pyramidale. It is a large, fast-growing tree that can grow up to 100 ft tall and range from 12 to 45 inches in diameter. However, it has a short lifespan (30-40 years in the wild). Balsa trees can be found in the rainforests of Central and South America and grow solitary in the wild. Their leaves produce large palmate leaves with pointed tips and heart-shaped bases. They bloom at the end of the rainy season, which is from June – October in Central America and December – March in South America. Their flowers produce a rich source of nectar, which attracts capuchin monkeys, kinkajou, olingo, and bats (responsible for the pollination of this plant). Balsa tree leaves can reach up to 4 ft in diameter, which provides shade and protection against heavy rainfall for the younger and smaller plants of the rainforest. While the fibers of balsa tree seeds can be used for insulation and stuffing pillows, the light-colored balsa wood is very lightweight and resilient. Its excellent strength-to-weight ratio made it popular during WWI for the construction of lightweight frames of aircrafts and life-saving vests. Today, balsa wood is commonly used for the manufacture of surfboards, model airplanes, doll houses, furniture, and architectural scale models.

The basswood tree, Tilia americana, is part of the Malvaceae family, which is native to eastern North America. It is commonly referred to as American basswood or American linden. It is a medium to large deciduous tree that can grow up to 120 ft tall and range from 3 to 5 feet in diameter. Life expectancy is around 200 years. Basswood tree flowers provide abundant nectar for insects, while the seeds are eaten by chipmunks, mice, and squirrels. Rabbits and voles eat the bark. The leaves serve as food for caterpillars and Japanese beetles. Bees produce excellent honey from its blossoms. Basswood is pale brown (sometimes nearly white), absent of knots, and does not split easily. It absorbs stains/polish without difficulty and planes, glues, screws, and nails well. Basswood is commonly used in the production of solid-body electric guitars, model airplanes, wood carving, and architectural scale models. 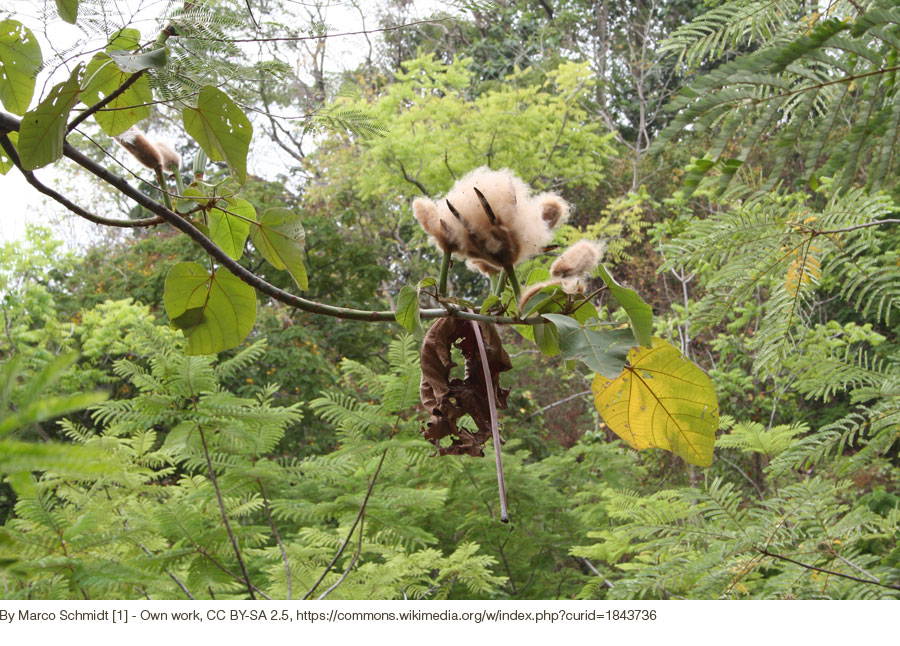 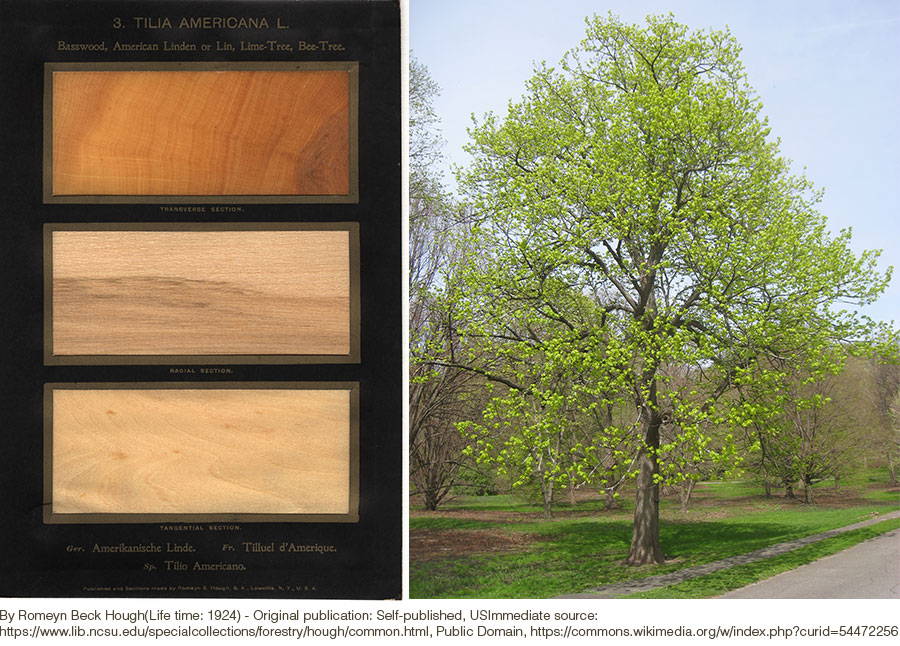